The Stedelijk Museum is based in Amsterdam and was founded in 1874 by private citizens in Amsterdam. They donated their artwork and funds to build a museum that exhibited all forms of modern art. This was an interesting museum to visit as it gives the public an opportunity to see many different genres and styles of artwork that reflect different cultures and artists worldwide, such as Cesar Domela, Theo Van Doesburg, Man Ray and many more. 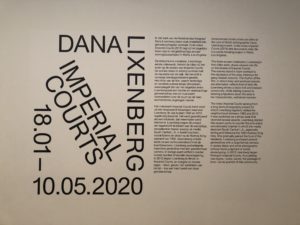 One series that caught my eye was the collection of work ‘Imperial Courts’  by Dutch photographer Dana Lixenberg, which featured photography and videography displayed on three different large scale cinematic style screens. All three were running at the same time but revealed different scenes and clips of the daily lives of those living in the public housing project, Imperial Courts, in Watts, Los Angeles. 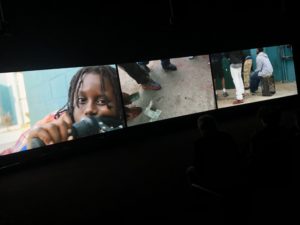 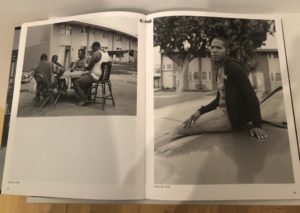 Dana’s insight into their daily lives was recorded over a period of 22 years, and gives the audience a look into the reality of this relatively unknown community and the normality of their life.

Using a large format camera, Dana produced a collaborative portrait over the years and documented the process of certain individuals/families lives, watching them grow from children to adults. The subjects within the work appear to be very relaxed and show their true self, which could be due to the fact that Dana embedded herself within the community for such an extensive period of time, which allowed them to become comfortable with revealing raw aspects of their lives to the camera.  This was a very surreal but intriguing exhibition to watch in person, as the cinematic setting of the screens and the moving imagery, videos, interview clips and book allowed the viewer to feel as though they were actually the person behind the camera capturing and taking it all in.